In a tank filled with 800 lbs of Epsom salt and 10 inches of water set to the temperature of my body. The crew at The Float House in Gastown, set up shop to bring musculoskeletal awareness, meditation, relaxation and a stress reliever to the city.  All forces of gravity are eliminated, so minute by minute, breath by breath you can gradually relax your muscles and nervous system.  When you think you've let go completely, you'll find a deeper layer to fall into. After a short while, you lose sense of the water which creates the floating sensation. You remain in this place of introspection for up to 90 minutes and apparently great visions, ideas and images can arise.
Personally, I didn't have a great epiphany in the tub, but it was entirely my doing. Although I had one mild freak out, when I became disoriented trying to get out of the tank to pee, the setting was close to perfect-it was dark, there were no funny smells, or strange sounds. So why couldn't I relax?
For starters, the length of time you were "expected" to float seemed very loonnngg to me.  I can barely meditate for 20 minutes at a time, let alone soak with claustrophobic feelings for 90 minutes. Also my boyfriend and his mom were in the tanks in the other room. There was no way the only zenned out, yogi in the bunch would be the first to cop out. No way! So I lay there buck naked, wondering if I had made it past the 20 minute mark. After I obsessed about the time, my mind drifted to my concerns over the sanitation of the tub. I went over what cleaning ritual I would personally do, then I thought about sharing my ideas with the front desk, but then thought they probably (hopefully) had mastered their own ritual. Then I contemplated what I was going to do after the float, and then I experienced a rush of excitement when I remembered they had coconut oil for you to lather your salty body with. Then I pondered the time again, and it went on and on and on. I finally caught myself getting obsessively enveloped in all these fleeting thoughts and in that moment a phrase, or I suppose you could say an epiphany, popped into my head: "If you're in it, you might as well be in it!"  Even though I was technically physically floating, mentally, spiritually and emotionally I wasn't in the tank at all. If I didn't snap out of the fabricated world in my head, my 90 minutes would eventually be up and I would leave without reaping the benefits; Almost as if I hadn't entered The Float House at all.
I've felt this disappointment before at the end of a yoga class. To digest your practice you lay flat on your back in Savasana (Corpse Pose).  Well, I've spent a lot of my Savasanas wiggling around, trying to find the perfect place to land. And just as I get settled, Savasana ends and I always feel robbed of the experience. During some practices, I've been so out to lunch that I've left feeling like I did a thinking & planning class rather than a yoga class.
You could do thousands of interesting and adventurous things in your lifetime, but how many were you actually present for? Magical moments can easily slip through your fingers if you aren't careful. So whether you're at a concert, or on a hot date, in the veggie isle at the market, or stuck in warrior two for 15 breaths, you're in it... so you might as well be in it! 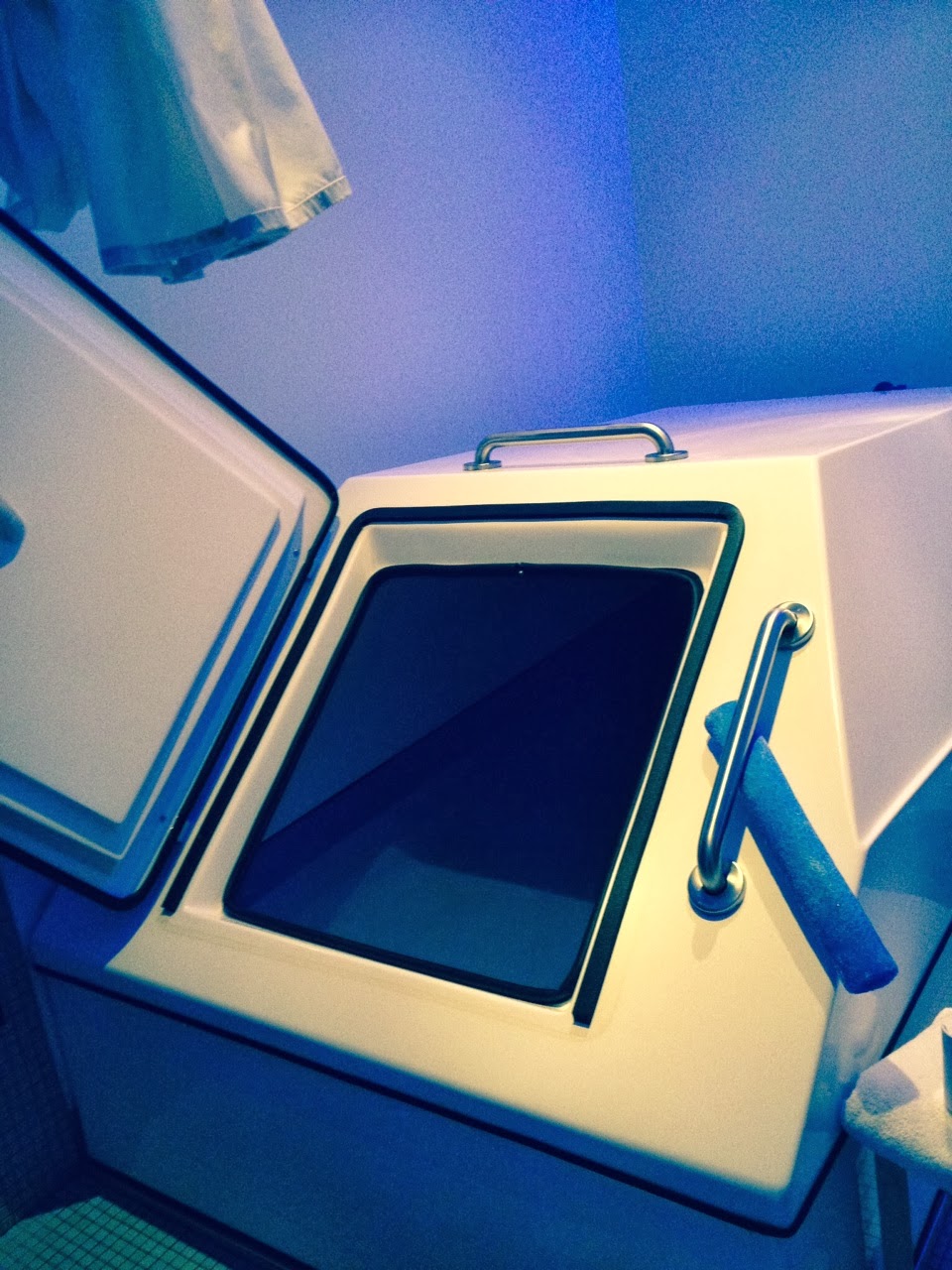